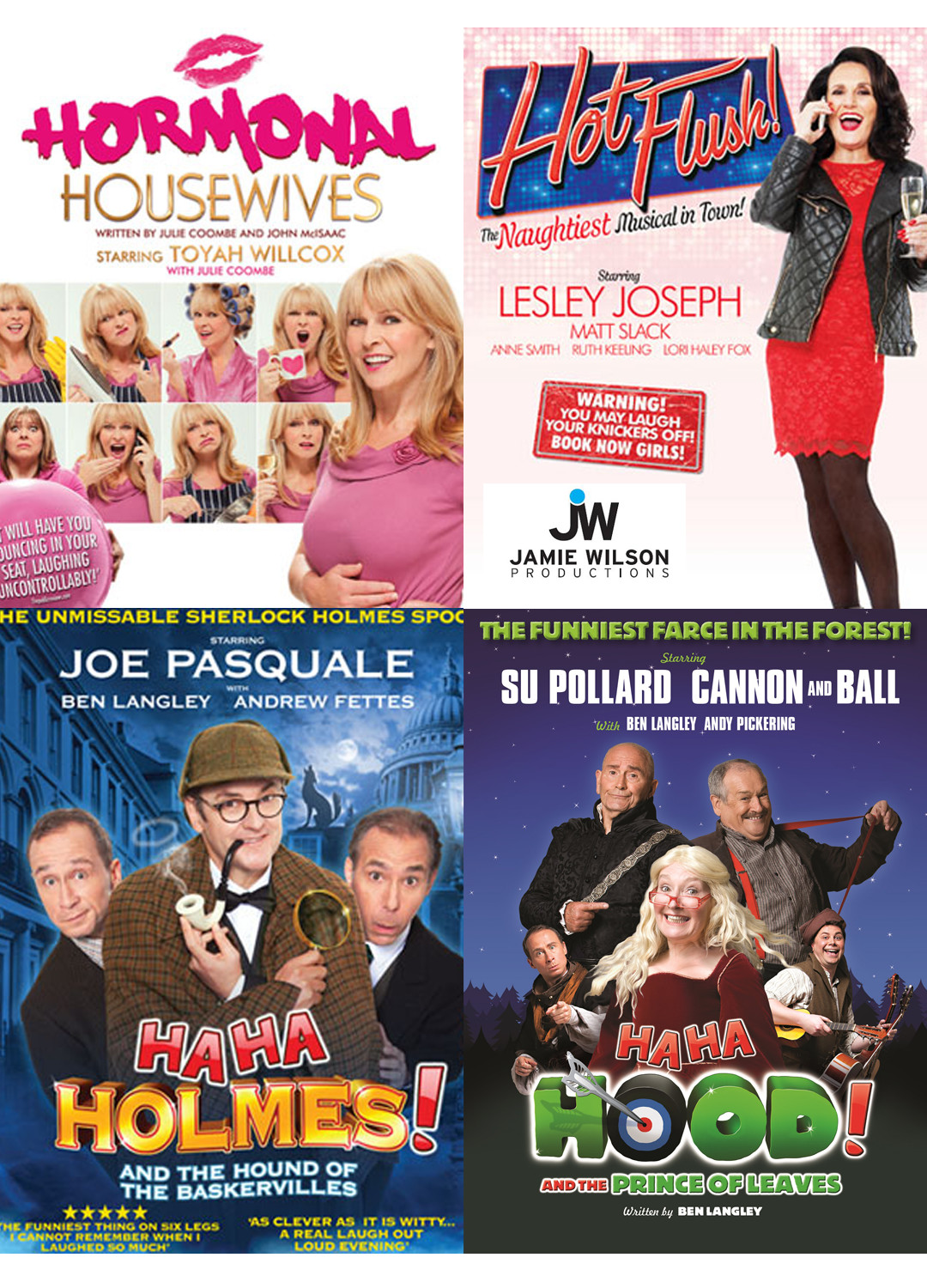 Hormonal Housewives starring Toyah Willcox, Hot Flush with Lesley Joseph, Ha Ha Holmes with Joe Pasquale and Stones in His Pockets are just some of the high profile shows that have been managed by Bennett Public Relations.

Temperatures rose, hormones raged and pulses galloped and there wasn’t a dry eye in the house as HOT FLUSH! took the audience on an hilarious journey.

HA HA HOLMES! AND THE HOUND OF THE BASKERVILLES

Following in the illustrious steps of the likes of Robert Downey Jr., Benedict Cumberbatch and Jonny Lee Miller, comedian Joe Pasquale served up his own unique and very individual comedic portray of super sleuth Sherlock Holmes in the touring stage production Ha Ha Holmes!  And the Hound of the Baskervilles

HA HA HOOD AND THE PRINCE OF LEAVES

Another production in the Ha Ha series of shows saw comedy legends Su Pollard team up with Tommy Cannon and Bobby Ball for an hilarious take on the adventures of Robin Hood and his band of merry men.

STONES IN HIS POCKETS

Stones In His Pockets, the multi award-winning comedy by Irish writer Marie Jones, returned to UK theatres in 2014 for a nationwide tour with original director Ian McElhinney, at the helm and actors Conor Delaney and Stephen Jones.

Following its Tony Award nominated run on Broadway, four and a half years in the West End and on tour, the worldwide success STONES IN HIS POCKETS played over 60 dates across the UK.

The mysteries of men, dating, finding Mr Right, and motherhood were explored in Sex In Suburbia, the hilarious comedy starring Claire Sweeney that entertained audiences in theatres around the UK in 2015.  With West End and touring production credits that include Chicago, Guys and Dolls, Educating Rita and September In The Rain and television roles in Brookside,  Clocking Off, Merseybeat and Candy Cabs,  Claire Sweeney has established herself as one of the most popular and versatile talents in the UK.

Following triumphant returns to the live arena in 2012 and  2013 with hit performances at The Royal Albert Hall and Glastonbury Festival, Bruce Forsyth played 3 live performances in May and June 2014 at the Mayflower Theatre in Southampton on 11 May, The Bristol Hippodrome on  1 June and Nottingham’s Royal Concert Hall on 7 June.

These rare performances from one of the nation’s best loved performers were billed as ‘A Treat For The Whole Family’. Bruce Forsyth was accompanied on stage by the finest musicians in the country under the guidance of Musical Directors Don Hunt and Dave Arch.